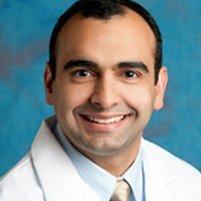 There is no cure for glaucoma which is a leading cause of blindness in this country. However, early detection through regular and thorough eye exams is the best way to protect your vision. Board certified ophthalmologist Dr. Anand K. Shah of Eye Associates of North Atlanta, LLC, located in Alpharetta, Georgia, provides unparalleled prevention, diagnosis and treatment of glaucoma and other eye conditions in Alpharetta, Roswell, Johns Creek, and the surrounding areas.

Glaucoma is a group of degenerative eye disorders caused by fluid buildup inside the eye. The excess fluid creates pressure in the eye which damages the optic nerve. Left untreated, glaucoma can lead to an irreversible loss of vision. In fact, glaucoma accounts for as much as 12% of all cases of blindness in the United States. Over three million Americans are estimated to have glaucoma. However, only about half of those have been diagnosed.

What are the symptoms of glaucoma?

Most of the time, glaucoma produces no symptoms or pain in its early stages. For this reason, glaucoma is often referred to as the “silent thief of sight.” Symptoms aren’t usually experienced until some loss of vision has already occurred. When symptoms do begin, they typically include blind spots in your peripheral vision.

Can glaucoma spread to both eyes?

If one eye is affected, it won’t spread to the other. However, having glaucoma in one eye increases your risk of developing the condition in the other eye. Still, one eye may be at a more advanced stage, while the other shows no signs or symptoms.

How is glaucoma treated?

Eye drops or other medications may be prescribed to help reduce the pressure in the eye and slow progression of the condition. Also, surgery may be recommended to drain excess fluid that begins to collect within the eye. Left untreated, glaucoma can cause irreversible vision loss.

Who is at risk for glaucoma?

Anyone can develop glaucoma. However, certain groups have an increased risk. This includes African Americans and anyone over age 60. Those with a history of other eye conditions may have a heightened risk as well. Also, Glaucoma is believed to have a genetic component. If multiple family members have been diagnosed with this condition, it is important to have regular eye exams to ensure early detection as this is your best defense against glaucoma-related vision loss.